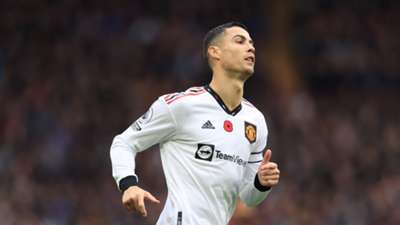 The A-League are exploring a shock move for Cristiano Ronaldo with his Manchester United career appearing to be almost certainly over.

The Portugal captain, who made a sensational return to United early last season, looks to have curtailed his second spell at Old Trafford after a fiery interview with Piers Morgan for TalkTV.

Ronaldo criticised Red Devils manager Erik ten Hag and owners the Glazer family, also claiming senior figures had attempted to push him out despite reports he sought an exit before this season started.

The 37-year-old's focus is now on the World Cup in Qatar amid uncertainty over his future.

Australian Professional Leagues CEO Danny Townsend on Thursday revealed he has contacted Ronaldo's representative Jorge Mendes in a bold attempt to bring him to Australia.

Nani is plying his trade at Melbourne Victory, but Townsend says he has not tried to get the winger to help him to lure his former United and Portugal team-mate to the A-League.

"We haven't been in Nani's ear, but we've certainly registered our interest in bringing [Ronaldo] to Australia," he told SportFM.

"It's obviously a long shot, but we certainly have a proposition here in Australia for him to consider. We're in dialogue and we'll see where that goes."

Ronaldo's grandparents live in Australia, which Townsend will no doubt hope might tempt him to move to the A-League.