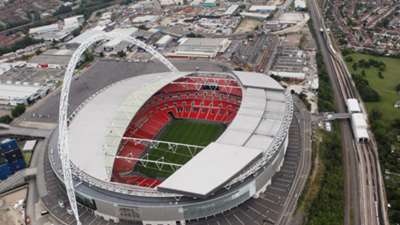 The UK and Ireland's joint bid to host Euro 2028 has been submitted to UEFA, with 14 venues under consideration to host games at the tournament.

Football associations of England, Wales, Scotland, Northern Ireland and the Republic of Ireland lodged an expression of interest in hosting the event in March, pledging to organise an "unrivalled" tournament.

Turkey, Italy and Russia have all previously professed their willingness to host the European Championships in either 2028 or 2032, with the latter of the trio doing so despite being banned from UEFA and FIFA competitions following the country's invasion of Ukraine.

Should the joint United Kingdom and Ireland bid triumph, games could be staged at nine stadiums in England, two in the Republic of Ireland, and one in each of the other three countries involved.

A joint statement from the five nations' football associations read: "The UK and Ireland bid to host UEFA Euro 2028 has today submitted our preliminary bid dossier – a key moment in UEFA's campaign process.

"Key to this vision is a commitment to diversity, social purpose and innovation in delivering an outstanding UEFA Euro 2028 that will create unforgettable memories in sold-out, iconic stadia in famous football cities known throughout the world.

"The UK and Ireland's track record of hosting successful major sporting events over many decades means we have the expertise and experience to take this world-class tournament to new heights.

"Our stadia concept includes a proposed shortlist of 14 venues in famous sporting cities known throughout the world, including destinations that are home to clubs with great European football history and heritage.

"The plan ensures that all our proposed cities and stadia are connected by direct, quick and sustainable travel links and accommodation that will provide an unrivalled experience for teams and fans."

They are joined on the shortlist by Croke Park, the AVIVA Stadium, Casement Park, Hampden Park and the Millennium Stadium.

The UK and Ireland initially explored the possibility of bidding to host the 2030 World Cup before switching focus in an effort to secure the UEFA competition.